The Technology that will define 2019

January 08, 2019
As George Saville, the 17th-century English statesman and essayist, once wrote, “The best qualification of a prophet is to have a good memory.” It’s a fancy way of saying the past is prologue, and no vision for the near future is possible without analyzing past trends. That’s what I’ve done to concoct these informed guesses about the state of tech in 2019.

Of course, there are bound to be surprises and off-base prognostications. Don’t sue me if things go a bit differently than expected.
1. Cryptocurrency
Bitcoin opened 2018 at almost $17,000 in value and exited at under $4,000. This does not mean the end of it or other emerging cryptocurrencies.
The year 2018 taught us that the broad concept behind cryptocurrency — the blockchain — could be useful elsewhere. Expect token experiments in banking, business, and media to expand in 2019. Many will fail as token entrepreneurs struggle to connect offerings to real-world value. But immutable ledgers are attractive to an increasingly security-conscious world, and they will become the foundation of innumerable new ways of buying, selling, and accounting.
2. “Screen Time” Services 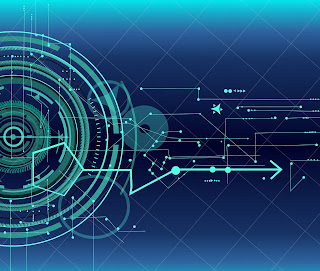 We loved social media, we overused it, and now we’re finding that it probably isn’t that good for us. In addition, whatever trust we once had in the world’s most popular social platform, Facebook all but vanished in 2018. Thus, 2019 should bring a reconsideration of our obsession with sharing and those dopamine-producing likes and hearts.
Instead of measuring followers, we’ll start comparing screen times. Expect more apps, hardware, and IRL services to reward us for the time we don’t spend online. Apple’s iOS Screen Time, Android’s Dashboard, and third-party apps like Hold are just the tip of the iceberg.
3. Cyberwarfare
World War III is upon us, but instead of boots on the ground, it’s all about binaries in the ether.
After Russia essentially — albeit secretly — declared war on the United States by undermining the 2016 presidential election, it and other insurgents have turned their attention to manipulating hearts, minds, elections, and even Brexit. The quietest worldwide conflagration will continue this year.
Educating the populace on how they’re being manipulated every single day through technology and social media will become a critical priority in 2019. P.W. Singer and Emerson T. Brooking’s LikeWar should become required reading in high schools and colleges.
4. Regulation
The year 2018 was a low point for privacy, with revelations that the most popular social media platform on the planet all but handed the keys to our personal profiles to a range of partners. Americans, following the General Data Protection Regulation in Europe, will demand change.
In 2019, we’ll see movement on the collection of bills from the U.S. House and Senate that are aimed at officially regulating the tech industry. They could eventually be combined into one overarching Personal Data Privacy Act of 2019.
This kind of policy will have broad, bipartisan support and perhaps grudging support in the tech sector. Assuming the legislation doesn’t overreach, the big question will be if the regulation-averse Trump White House will sign. If and when that happens, expect GDPR-level changes in how companies like Google, Facebook, and Amazon do business. You’ll like some of it — it will be harder for companies to use your data without explicit consent, for example — but regulations may also slow innovation.
5. Electric Self-Driving Cars
Most states now have some sort of self-driving automotive legislation on the books, and many new cars have enough built-in intelligence to do typical driving tasks. Still, the spread of autonomous driving was sporadic at best in 2018. This year could be a huge turning point.
States that have yet to get on board with the technology are being spurred by new federal guidelines enacted in September. In addition, Tesla’s Model 3, the bestselling sedan in the United States (by revenue, not total units sold), already has some of the most powerful autonomous driving technology on the road.
Expect new, all-electric Model 3 competitors and tests with self-driving-only lanes on some highways.
6. Apple’s Mobile Lead Shrinks
Every time I run Geekbench on the latest flagship phones from Apple, Samsung, Motorola, LG, and others, the iPhone comes out on top. Apple’s custom silicon isn’t just marginally more powerful than the Qualcomm CPUs most Android handsets are running — it’s leaps and bounds better.
That may change in 2019, as Intel and Qualcomm promise new, A.I.-infused mobile CPUs that could level the playing field. Obviously, handset performance is not solely defined by numbers in a benchmark. Apple’s A12 Bionic wins because it outperforms competitors on core tasks like video editing, gaming, and augmented reality. How Qualcomm and Intel’s next-gen mobile processors handle those tasks will define our mobile computing lives in 2019.
7. 5G
5G got off to a slower start than I expected in 2018, but the arrival of 5G-ready mobile CPUs and an improved infrastructure could mean a rapid rollout in 2019 — at least on the Android side. Rumors that Apple may wait to support the ultrafast mobile technology until 2020 could put a damper on 5G enthusiasm.
Unfortunately, Apple’s rumored decision might be a canny one, as it’s possible that the mismatch between 5G-ready handsets and available infrastructure may persist throughout 2019, pushing the Year of 5G into 2020 and beyond. In the meantime, don’t be fooled by tricky branding from the likes of AT&T.
8. Robots
Boston Dynamics’ “parkour bot” has me believing that 2019 will be the year of C-3PO — or something like it. Agile, humanoid robots with uncanny valley–busting, human-like faces will appear in more and more videos and perhaps a few pilot programs in offices and factories. Somewhere in the mix we’ll see next-gen sexbots. They’ll be just as realistic and gross as you imagined. It’ll all be a far cry from Will Smith’s I, Robot, but it should also be the beginning of a reassociation of the word “android” with robots instead of phones.
9. Facial Recognition and Manipulation
Conversations around facial recognition will become more urgent in 2019, as the technology becomes more widespread and open to abuse. Programmers will start to scrub inherent biases out of systems, improving the underlying technology; companies like Amazon will continue to pitch facial recognition to the government; and with the emergence of deep fades, all of us will struggle mightily with the idea that imagery can never again be trusted.
10. AR, Not VR
Virtual reality isn’t here to stay. But augmented reality will break out in 2019, as the majority of flagship phones already support it.
Meanwhile, it’ll be a make-or-break year for the underwhelming Magic Leap headset, which might be doomed if Apple finally shows off the AR wearable everyone believes it’s been working on for years.
Do not expect Microsoft to introduce a HoloLens for everyone in 2019. However, the mixed reality experiences on third-party mixed reality headsets will vastly improve and add more tools for business and enterprise users, including Maquette, which helps people build prototype applications in real time.
Ref: https://medium.com/s/the-upgrade/the-technology-that-will-define-2019-48c041e98532

June 10, 2018
It takes money to make money, as the saying goes. For female entrepreneurs, that money can be elusive when starting a business or trying to grow one. As Linda Abraham — a serial entrepreneur, angel investor and start-up board member — told me a few months ago when I asked her to name the biggest hurdle for female entrepreneurs: “Raising capital. I am sorry to say that, but it’s true.”
Post a Comment
Read more

Things you need to know about Startup Funding Rounds | Infographic

Video Conferencing Etiquette- practice it for your next call