There have been rumors about an alleged renaming of Facebook for days. Now Mark Zuckerberg has announced what his digital company will be called in the future - and why. 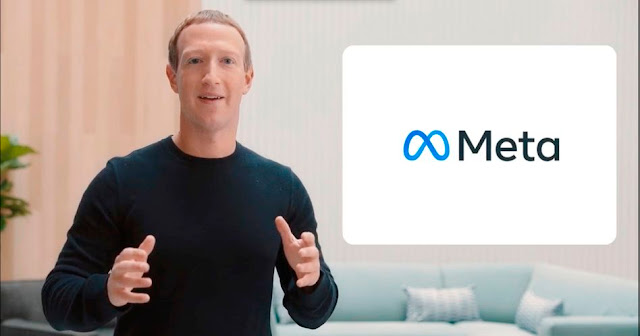 The Facebook group is now called Meta. The new name replaces the former Facebook Inc., the parent company of the social network of the same name, which also includes Instagram and WhatsApp. The social network itself will keep its name, so it will continue to be called Facebook. The company from Silicon Valley is taking a similar step as Google, which launched a new parent company called Alphabet in 2015, under which Google is only one, albeit the most important, subsidiary.
The name change, which was previously speculated, was announced by founder and CEO Mark Zuckerberg on Thursday evening German time. The announcement took place as part of Facebook Connect, a virtual event dedicated to the company's developments in the field of virtual and augmented reality (VR and AR). Or, as both Facebook and other companies now call it: in the area of ​​the metaverse, the metaverse.

"The Metaverse will be the successor to today's mobile Internet, a kind of embodied Internet," said Zuckerberg during the keynote. In the coming years, the metaverse is supposed to complement and in some cases even replace various areas of everyday experience, from games to education. Zuckerberg demonstrated how people should meet for concerts, for work or at digital workstations in virtual reality. With the Oculus data glasses and the Horizons virtual platform, Facebook has been involved in the development of such applications for a long time. In the future, one wants to subordinate the entire corporate philosophy to the development of the Metaverse, said Zuckerberg.
"Today we are seen as a social media company, but at the core, we are a company that connects people," said the founder. The re-branding should help to shift the focus from the Facebook platform to the larger efforts of the group. The name will not change the corporate structure itself but will change the way in which the finances are disclosed, according to the press release. From the fourth quarter of this year, there will be two operational divisions: Apps and Reality Labs. From December 1st there will also be a new ticker symbol: MVRS.
Facebook is under criticism
The name change comes at a critical time for the group. Facebook is under pressure like it has not been since the Cambridge Analytica scandal in 2018. For weeks, the media have been publishing internal documents under the name Facebook Papers, including those from a former employee and whistleblower Frances Haugen. You describe a company that knows exactly what power it has - and at the same time has no qualms about using this power for financial interests.
The revelations show, among other things, how Facebook and its subsidiary Instagram manipulate young users, how Zuckerberg repeatedly interferes personally in the moderation of certain content, how the German maverick scene was used as an experiment for moderation practices, and how prominent users without consequences against guidelines can be violated because they have a special status.
But the documents also show a company whose culture has apparently eroded over the years. Dissatisfied and disaffected employees leave Facebook, the remaining critical voices do not feel heard. In internal reports, they express concern about Facebook's influence on extremist uprisings, protests against racism, and the increasing disinformation surrounding elections and the corona pandemic.

June 10, 2018
It takes money to make money, as the saying goes. For female entrepreneurs, that money can be elusive when starting a business or trying to grow one. As Linda Abraham — a serial entrepreneur, angel investor and start-up board member — told me a few months ago when I asked her to name the biggest hurdle for female entrepreneurs: “Raising capital. I am sorry to say that, but it’s true.”
Post a Comment
Read more

Things you need to know about Startup Funding Rounds | Infographic

Video Conferencing Etiquette- practice it for your next call